The Overdose Epidemic Is Devastating Black Communities. We Have to Start Saving Lives | Opinion August 16, 2021
"We all need to be along for a long-term systems change," says Hurst of the Oregon Health Justice Recovery Alliance. Oregon Article Click Here
Post a Comment
Read more 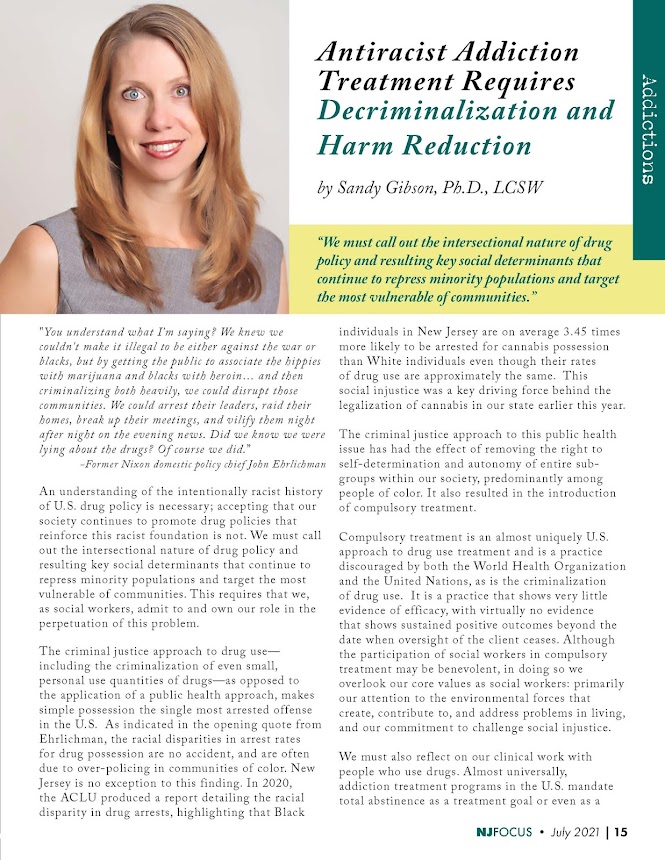 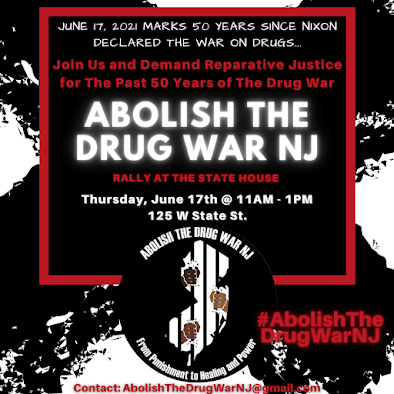 January 27, 2021
Black History Month in New Jersey this year will see the launch of a campaign that confronts and seeks to close one of the most tragic chapters of Black history. Abolish the Drug War-NJ is holding a virtual launch on February 1 to examine the drug war’s half century of devastation that has fallen mainly on people of color.    The war on drugs that Richard T. Nixon stared by declaring in 1971 that drugs were “public enemy number one,” marks its 50th anniversary this year. The half century of this conflict is not something to be celebrated for resolve but one to be lamented as an obdurate refusal to face facts. The idea of trying to arrest away the country’s drug problems has proved a horrendous folly whose fallout has been disproportionately harsh criminal sentences visited disproportionately on communities of color.   More than half of Americans report they have violated the country’s drug laws. The rates of these breaches do not significantly differ by race, although in the US, and in
Post a Comment
Read more